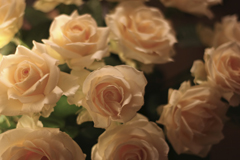 When death is caused as a result of negligence, a lawsuit may be filed by the surviving relatives of the deceased person who may be entitled to monetary damages as a result of the negligent party’s conduct. A wrongful death action is considered a completely separate action from a lawsuit brought on behalf of the deceased person’s estate for damages resulting from injuries to the deceased. Wrongful death lawsuits may be brought for anything from a simple negligent or reckless act to an intentional act such as murder. The intent of a wrongful death lawsuit is to imply that, in addition to injuring the decedent, the people who depended on the decedent for financial and/or emotional support were also injured as a result of the negligent or intentional act. Survivors of the decedent can sue for medical bills and burial expenses associated with the decedent. However, because the survivors have been injured as well, a lawsuit can be filed for an amount determined by consideration of what the descendent may have offered to the survivors in the future (such as an estimated amount of earnings the decedent would have earned had he or she lived) along with the pain and suffering inflicted on the survivors due to the decedent’s absence. A death of a member of the family is undoubtedly the most emotionally taxing circumstance an individual can encounter. Our firm is staffed by several experienced attorneys who can ease the additional strain resulting from an unexpected death due to another’s negligence.