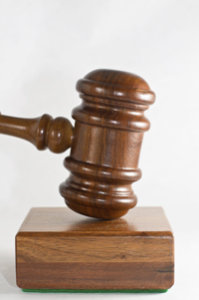 “Criminal” law refers to the prosecution by a government entity (federal, state, local) against a person who has committed an act that has been classified as a crime. A “crime” is defined as an act or omission (of an act) that violates a public law that has been established and which forbids or commands that specified act. If found guilty of a criminal offense, a defendant may be fined and/or incarcerated for committing that act.

There are two types of crimes that can be committed. The first are classified as felonies – and encompass the more serious offenses such as rape or murder. They are often punishable through imprisonment for one or more years. Misdemeanors, the second type, are less serious offenses like jaywalking or petty theft and are usually punishable by less than a year of imprisonment. Both can also be accompanied by hefty fines.

When a person is charged with a crime, prosecutors have to prove every element that contributes to the crime being committed in order to yield a conviction. In addition, they have to persuade the judge or a jury of peers that every fact necessary to constitute the crime being charged has occurred and is evident “beyond a reasonable doubt”.

We often receive calls from prospective clients who are “under investigation” by the police. This is usually initiated by a detective calling our client and asking them to come into the station to discuss a certain situation. This is usually a dangerous proposition. Our forefathers built a guarantee into the Constitution which is the right to remain silent. Refusing to talk to the police is not a crime. If it comes to a criminal prosecution, silence cannot be used against you. You have a 5th Amendment right to remain silent and should always use it. Only in rare situations does talking to the police mitigate the situation. It is best to have an attorney experienced in these matters advise you and intervene on your behalf.

At Winstein, Kavensky & Cunningham, we have represented clients who have been prosecuted for drug charges, embezzlement, theft, sex crimes, murder, and many other felonies and misdemeanors. Some of our criminal defense attorneys are also former prosecutors and they understand the criminal justice system from both sides of the law.